Why Working Hard Screws You Over

If you’ve ever tried to take a toy away from a kid, they’ll hold on to dear life and put up a fight to keep it.

This is a classic fight response that comes from the survival state.

And as an adult you have the same exact response as that toddler, except now you fight in more adult ways.

And in order to activate your highest levels of clarity, focus, and energy, it’s important to notice when you are in the fight response.

For example, if you’ve ever gotten cut off by someone on the road and then experienced road rage and try to cut that person back off. That’s a fight response.

Some people fight with their knowledge. This tends to be the people who are overly argumentative and hate to be wrong.

Others might fight by overworking themselves. This tends to happen with individuals who have a need to prove themselves to someone.

And the fight response ALWAYS leads to burnout and a lack of fulfillment in the end.

I know this because I’ve coached many people now in their late 50s and 60s who have achieved everything they thought they wanted by working hard, but still don’t feel fully happy with life.

The fight response often reveals something much deeper about yourself.

For example, I’m not proud of this, but I’ve had many times I entered into the fight response when my daughter wouldn’t listen to me. I would yell and get angry. I’d justify this behavior by thinking to myself that this is the only way she hears me and listens to me.

As I learned the science behind this, I realized that my daughter wasn’t the cause of the anger.

My brain had a trigger that caused me to get angry. My life experiences gave a certain meaning to this experience of my daughter not listening to me.

And for me, that trigger was a sensitivity to being a bad mother. Because I didn’t have the best relationship with my mother. So whenever my daughter was being rowdy or disobedient, as any other toddler commonly does, the meaning my brain was giving this experience was that I’m being a bad mother.

And that sensitivity would trigger me to react with the fight response to control the situation in order to SURVIVE from the feeling of being a bad mother.

When you are in the fight response, the part of your brain that is capable of critical thinking, problem-solving, and empathy is shut off. This prevents you from seeing the best solution clearly.

Your brain can’t recognize what the root cause of the issue is. Which leads to you missing the solution that may have been there all along.

So take a moment to reflect, what are the things you are FIGHTING for?

And is it possible that at the end of the day, you are fighting because you are afraid of what might happen if you don’t?

But what if that’s preventing you from seeing the bigger opportunities and solutions that exist in your life right now?

As you begin to get more aware of when you have these reactive behaviors, you now have the choice to begin elevating your levels of clarity and performance.

Now do a simple exercise. Simply write down a list of how you react to the fight response. Give yourself the space to really reflect on this and observe so that you begin to see and connect the dots around when you actually might be in fight response.

What do you notice?

Are you recognizing some things that you may not have seen before?

If so, then congratulations, you’ve entered into a deeper level of awareness, which gives you the ability to start turning on your gifts and talents and shifting the trajectory of your performance.

As always, if you find yourself needing help to process and/or deal with life’s negative curve balls, please don’t hesitate to reach out to someone for help.  In fact, let’s have a chat. 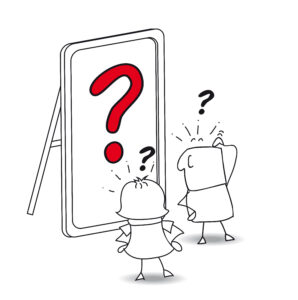 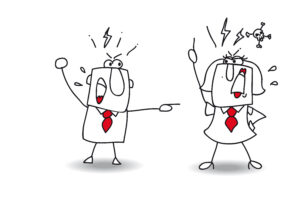